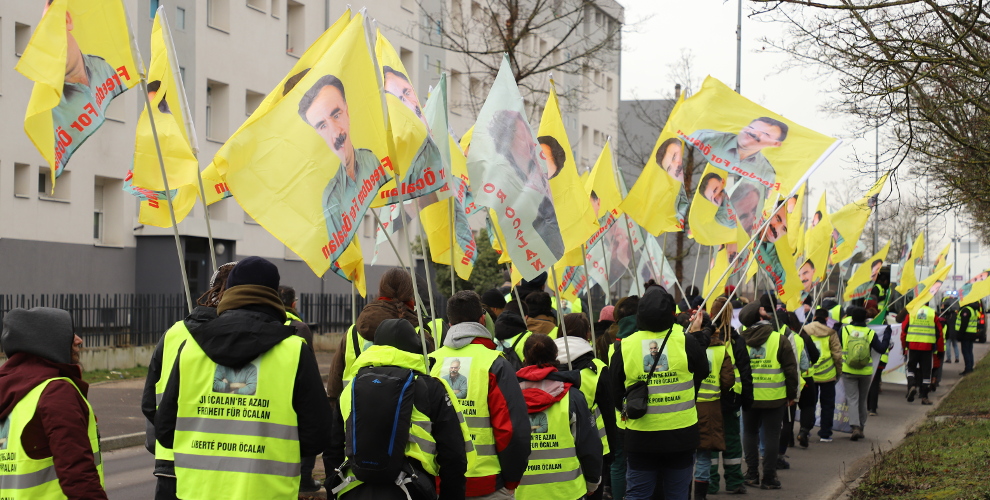 “We can all learn something from the rose that protects its enchanting beauty with thorns.” ─ Abdullah Öcalan

Rojava – the oasis of democracy and freedom – gives people all over the world the hope that another world beyond state, power and violence is possible. In the midst of the war in Syria that has lasted for over eight years, significant steps have been taken towards women’s liberation, grassroots democratic structures and environmental accountability. Since 2012, the women’s revolution in Rojava, as a milestone in the history of women’s liberation, has significantly strengthened our collective position in a male-dominated world. Through the establishment of an autonomous women’s system in the form of municipalities, councils, academies and cooperatives, Kurdish, Arab, Syrian, Assyrian, Chaldean, Turkmen, Armenian and Circassian women in the region have expressed their firm belief in a life in freedom. By creating alternatives for democracy and equality in the here and now, including a women’s village in the midst of war, the women-led self-governing system has triumphed over the IS system by fighting against the principle of rule in all spheres of life.

With the beginning of Turkey’s war of aggression in Northern Syria on October 9, 2019, the revolution is now in a struggle for survival that holds great dangers but also opportunities. The fighters of the Democratic Forces of Syria (SDF) and the self-defence units of the YPG/YPJ, who have already liberated the region from the Islamic State (IS), are now dedicating their lives to the protection of the people from new massacres by the Turkish army and its “National Army of Syria”, built up from mercenaries of different Islamist groups.

The day of the beginning of the war symbolically coincides with the 20th anniversary of the beginning of the international plot against the Kurdish philosopher Abdullah Öcalan, as a result of which he was deported to the prison island of Imrali. Already 20 years ago the international reaction tried to smother the revolution in Kurdistan by arresting its leader Öcalan. Now the international community and NATO have again sent Turkey ahead to smash the achievements of the Rojava Revolution and Northern Syrian society. The attack on democratic self-government in this sense is to be understood above all as an attack on the philosophy of Abdullah Öcalan, whose project of democratic confederalism began in Rojava and became a practical alternative to statehood.

After the success of the 200-day hunger strike, started by Leyla Güven and joined by thousands of people, there were cracks in the total isolation of Imrali for a few months. Abdullah Öcalan’s decisive role for a peaceful solution of the Kurdish question and democratization of Turkey has once again clearly proven itself in his messages. Abdullah Öcalan’s offers of peace in the summer of 2019 opened a window for a democratic solution. But these were answered by the Turkish state with a wave of attacks. In Northern Kurdistan, the forced administration of Kurdish municipalities and waves of repression against political activists are taking away all possibilities of legal political work. In South Kurdistan/North Iraq the Turkish army is waging an occupation war contrary to international law. And also in Rojava Turkey now pursues the goal to smash all achievements built up there.

The overwhelming international solidarity with the revolution of the 21st century in Rojava shows that the philosophy of Abdullah Öcalan and its practical implementation in Northern Syria has become a hope for the democratic forces worldwide. Therefore, let us bring this hope to the streets shoulder to shoulder against fascism and for freedom for Öcalan.

We call on all internationalists to take part in the Long March from 9 to 15 February 2020 under the motto “Freedom for Öcalan – shoulder to shoulder against fascism“. At the end there will also be a lively and loud demonstration in Strasbourg this year.

Interested parties can contact longmarch2020@protonmail.com. We are looking forward to your participation in the march. As soon as we receive your answer, we will send you more information and exact dates.