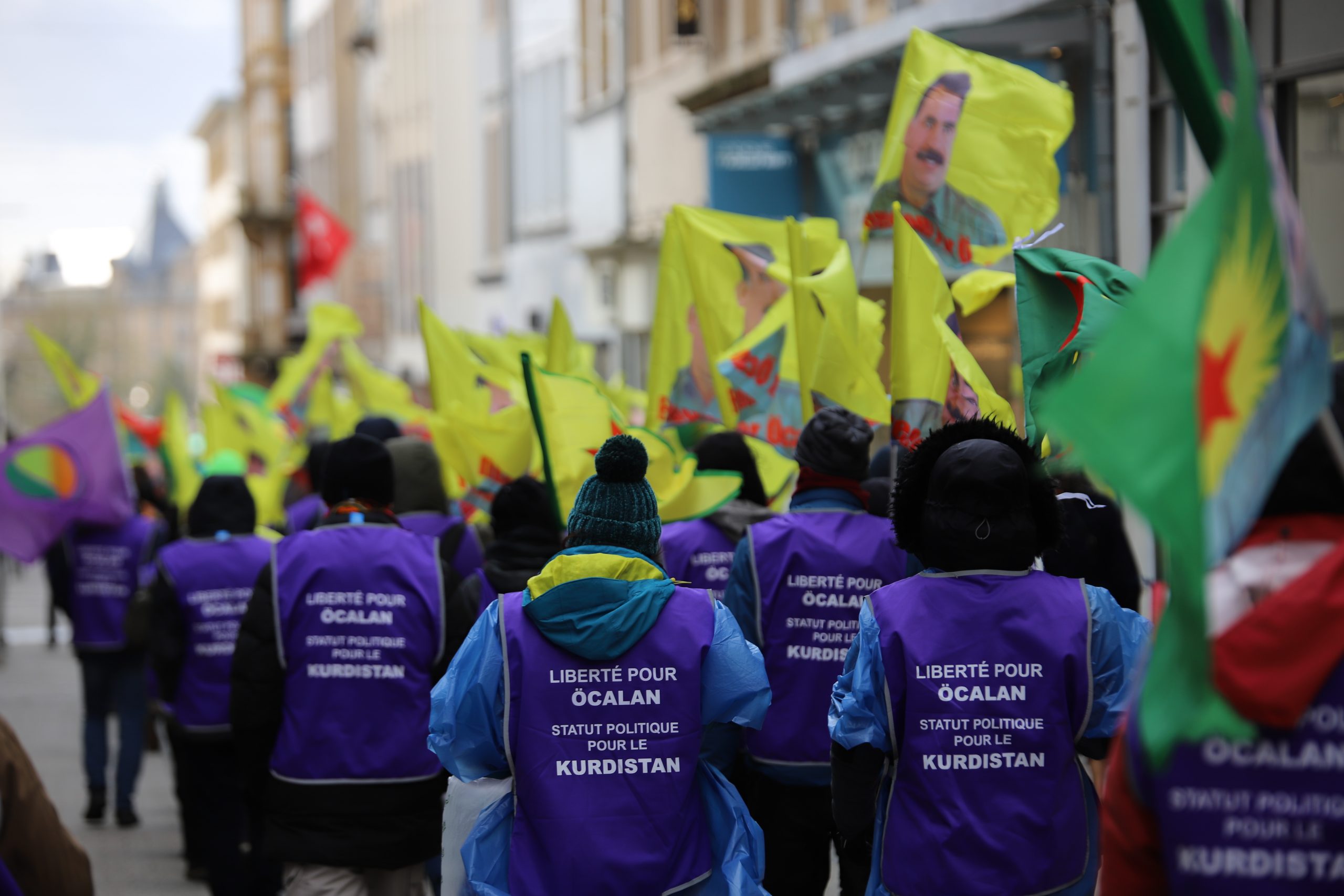 End isolation, fascism and occupation! The time for freedom has come!

The awakening of society in Kurdistan towards a world of social justice has given new hope to people all over the world. The keystones of the Kurdish movement; radical democracy, women’s liberation and ecological awareness, have slowly become the basic values of many other movements too. What first came to light in Rojava in 2012, the revolution of women and the self-administration of society, has now become a possible alternative worldwide. This democratic confederalism, pioneered by Abdullah Öcalan, can no longer be found only in Rojava or the Kurdish mountains, it has now reached everywhere, across the world there are people learning about and practicing it.

Yet this democratic alternative is still under very intense attacks from capitalist modernity. Be it Turkey’s ongoing war of aggression in Southern Kurdistan, the invasion of Rojava or the AKP regime’s fascist policies against the people of Northern Kurdistan. It is a policy of isolation and oppression that is supported and encouraged by the open acceptance of the German federal government and the European Union.

Nowhere is this isolation more concrete than on the Turkish prison island Imrali. Here the founder and guide of the Kurdistan Workers’ Party (PKK), Abdullah Öcalan, has been imprisoned since the international conspiracy of February 15, 1999. For over ten years, he was the only prisoner. Despite the indescribable conditions of his isolation, he has never given up hope in a peaceful solution to the conflicts in the Middle East. For several years Öcalan managed to negotiate with the Turkish government to achieve this goal. The overwhelming majority of the Kurdish population sees Abdullah Öcalan as their representative. This was been confirmed by the signatures of more than 3.5 million Kurds in 2005/06. In 2015, about 10.3 million signatories again petitioned for his freedom.

The Turkish state is currently subjecting Abdullah Öcalan to an isolation regime that knows no comparison. Every visit by his lawyers or family members is only made possible by long social struggles. In May 2019, for example, thousands of people both inside and outside the prisons succeeded in breaking the isolation through a hunger strike that lasted for months. Thus, for the first time in many years, it was possible for Öcalan to have contact with his lawyers for a short time. The last brief telephone conversation between Abdullah Ocalan and his brother took place in March 2021, but was suddenly cut short for unknown reasons. The fact that not a single sign of life has been received from Ocalan since then raises concerns about his health. Through Imrali, the Turkish state is not only striving to isolate Öcalan as a person, but also and more so to target, isolate and suppress the democratic achievements that have emerged from his ideas.

For this reason, the struggle for peace and democracy must be thought in the context of the struggle against the isolation of Öcalan. For he is the architect of democratic confederalism, the counter-model to the crisis-ridden model of the nation-state. At the same time, this will also strengthen the struggle for democracy and freedom worldwide.

Let us stand up for the end of isolation, fascism and occupation and fight for the freedom of Öcalan! The time for freedom has come!

We therefore call on all internationalists to join the long march from February 5th to 12th of February, 2022, under the motto „End the isolation – Freedom for Abdullah Ocalan!“. At the end there will also be a lively and loud demonstration in Strasbourg.

Short information:
• Gathering, briefing and kick-off event on 5th February in Frankfurt
• Long March from 6th to 11th February, from Frankfurt to Saarbrücken
• Event in Saarbrücken on 11th February
• Large demonstration in Strasbourg on 12th February
• Sports shoes and warm clothing are suitable for the march. Sleeping bags should be brought along.

Covid-19-pandemic measures will be observed throughout the march.

We are looking forward to your participation in the march. As soon as we receive your answer, we will send you more information and exact dates.